We have spoken very often in our blog of the Zika virus, highlighting the characteristics and methods of transmission.

Today we return to this theme, however, highlighting the practical side of the intervention against the Zika virus, inspired by recent reports of the World Health Organization, in which he stressed that the probability that the virus arrives in Europe is medium-low. The risk levels vary depending on the presence in the various countries of the Aedes aegypti mosquitoes, the main vectors of the infections.

The secondary vector of the infection is instead the Aedes albopictus, better known as tiger mosquito, present in many European countries including Italy.

The fact that it is a secondary carrier means roughly that stinging a infected person can transmit the virus by pricking healthy people.

On the European continent Italy is second in the ranking, behind France, in the special classification of risk of transmission of the virus. 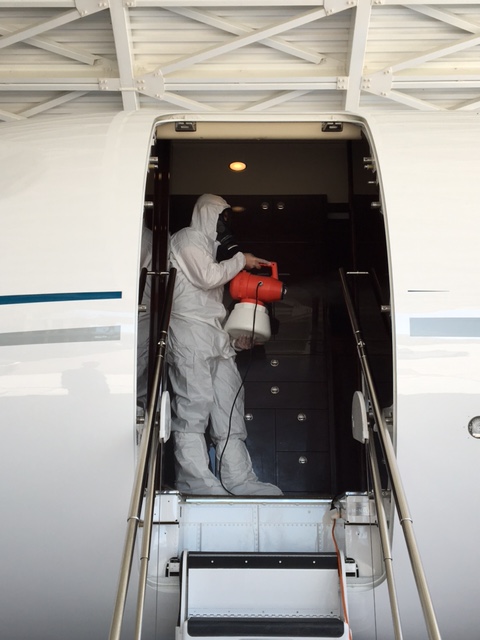 To limit these risks, the WHO has issued some guidelines to follow, based on the prevention and preliminary interception of Zika virus infections.

The presence of ports and especially airports, with flights from countries at risk that already have to do with the Aedes aegypti, can increase the chances of entry of this species in our country.

The Gallura Disinfestazioni has already completed several disinfestations, especially at the Costa Smeralda Airport, on board aircraft from countries at risk, in order to avoid situations such as those described above.

Our staff (below you can see one of the interventions performed in this month) is qualified to operate in airports and highly prepared to perform these particular operations on any model of aircraft.