Today the Giro d'Italia number 100 started. On the occasion of this anniversary, which we remember will bring the "pink race" in our Sardinia with three stages, we of Gallura Disinfestazioni want to talk about an insect known very well but with an unusual chromatic peculiarity . 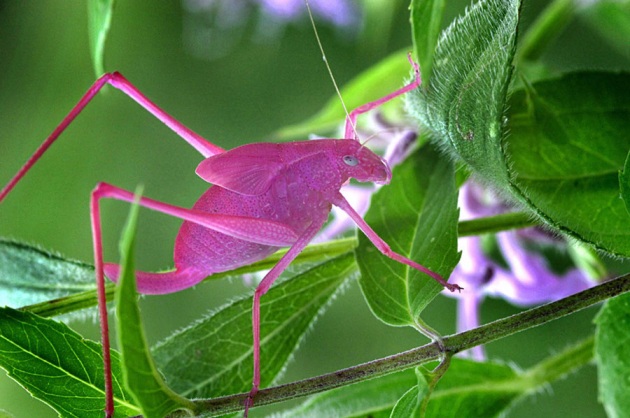 In this photo is in fact portrayed a grasshopper of the family Tettigoniidae affected by a genetic condition that involves an excess of reddish pigmentation and that led her to have this pink color.

They are characterized by two short antennas and two large eyes while they do not have ears. They have 3 pairs of legs, the last ones with a very developed femur that allows the insect to perform its characteristic leaps.

Their mobility makes them difficult to control with disinfestation interventions, so the best way to prevent damage to the grasshopper is to prevent the growth of populations with specific insecticides containing growth inhibitors.