A ladybug can not bring bad luck!

His name is Harlequin Ladybug, of Asian origin, he made his first appearance in Piedmont and in less than 10 years he colonized all of our peninsula.

Among the largest of the family (5-8 mm in length), it is particularly aggressive, it feeds on several species of small invertebrates, including some species of ladybugs, contributing strongly to the impoverishment of biodiversity.

By colonizing the urban environment, the Harlequin Ladybug, causes various discomfort and unpleasant consequences for man. These specimens, in fact, with the arrival of low temperatures, seek shelter by colonizing our homes and if disturbed they emit a substance called Emolphin and can bite human beings. 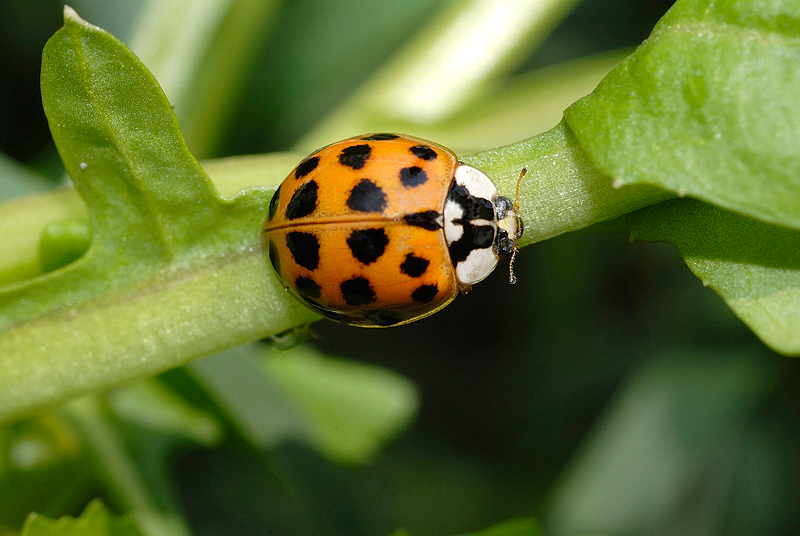 Emolymph is a reddish-brown exudate emitted from the joints of the legs, with an unpleasant smell, irreversibly staining everything with which it comes into contact. This substance is harmful to humans because it contains allergens, can cause rhinitis, asthma, conjunctivitis, urticaria.

In vitiviniculture, the Ladybug Harlequin is particularly feared, since, following the colonization of the vineyards by these specimens, the wine can undergo a significant depreciation.

In conclusion, as it may seem absurd to want to eliminate a ladybird, this is the only solution to protect yourself from the damage listed above.

The Gallura Disinfestazioni, is highly specialized in entomological analysis and insect recognition and ready to intervene throughout the territory of Northern Sardinia and the Costa Smeralda in order to eliminate the Harlequin Ladybug That Bring Bad Luck!