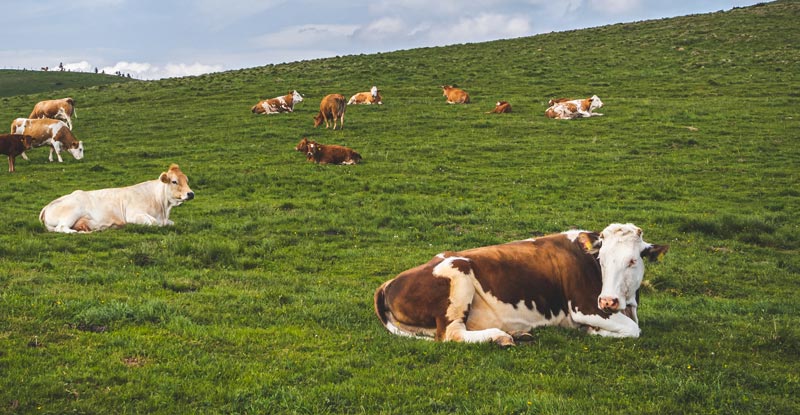 On January 15, 2001, Italy woke up with the first confirmed case of the so-called "mad cow disease".

First identified in England in 1986, Bovine Spongiform Encephalopathy (or BSE) is a degenerative neurological disease affecting cattle causing the animal's physical and mental condition to deteriorate and inevitably lead to death.

The infectious agent is a modified protein called prion that affects the nerve centers of the animal and resists high temperatures and normal disinfection procedures.

The onset of the disease was linked to animal nutrition. The flours obtained from dead animals and used for cattle feeding have been considered the fulcrum of the plague; in particular, the modification of the degreasing of the flours by replacing the extraction with organic solvents with other methods, was considered the main cause of the lack of inactivation of the prion.

The emergency was mainly economic as well as health as, in addition to the slaughter of the animals, the consumption of red meat fell considerably.

Unlike other epidemics such as those of the Blue Tongue and Swine Fever, the mad cow emergency saw the pest control sector engaged only marginally.

The Blue Tongue virus was transmitted through the bites of the Culicoides imicola insect, making disinfestation interventions necessary.

As far as swine fever is concerned, the infection occurred by direct or indirect contact between animals, that is with their secretions or objects and food contaminated by them, making disinfection and sanitization interventions necessary.

Today, 20 years after this bad period, we can say that mad cow disease has left a positive legacy, especially in terms of greater food security. The producer was placed at the center of the system and more attention was paid to the link between the health of humans, animals and the environment.