Mosquitoes are the most dangerous animal of the earth

"What would you say is the most dangerous animal on Earth? Snakes? Sharks? None of these. They are mosquitoes."

With this quote we introduce the topic of our article today.

Today, August 20 is the World Mosquito Day, world mosquito day, established on the initiative of the organs that fight malaria. The date was chosen for an event that occurred in 1897, when on 20 August Sir Ronald Ross discovered that it is the female mosquito that transmits malaria.

The mosquito is among the smallest animals and the most dangerous for mankind, as it reaps several hundred thousand victims each year.

The main disease caused by the mosquito is malaria, which according to the numbers of the World Health Organization (WHO) caused 435,000 deaths and 215,000,000 cases worldwide in 2017.

17% of all infectious diseases globally are transmitted by mosquitoes, resulting in over 700,000 deaths a year. Of these, 400,000 are caused by malaria.

The ISS, the body responsible for the surveillance of diseases in Italy, certifies that mosquitoes of the genus Anopheles, potential carriers of malaria, continue to be present in Italy.

The ISS also certifies the presence on the Italian territory of several Arboviruses transmitted by various species of Culex and Aedes Mosquitoes and in particular Virus West Nile, Chikungunya, Dengue and Zika.

It is therefore very important to perform targeted disinfestation interventions, both adulticidal and larvicidal, to avoid public health problems that have also affected our country.

To cope with possible epidemic events, the ISS, the Ministry of Health and other competent national and local authorities have contributed to the drafting of national circulars and surveillance plans whose main objective is to monitor all cases of transmitted infections. from mosquitoes recorded in the area and activate, if necessary, all the prevention and control procedures to deal with the different species of carriers.

To solve the age-old problem of the presence of mosquitoes it is essential to rely on a professional company. Our company specializes in performing disinfestation operations in public schools, hospitals, institutions, libraries and parks, but also in private civil or industrial areas, villas, apartments, hotels, campsites, condominiums, gyms, swimming pools, bars, restaurants, supermarkets, industrial sheds and means of transport such as ships and airplanes.

For a free quote, don't hesitate to contact us 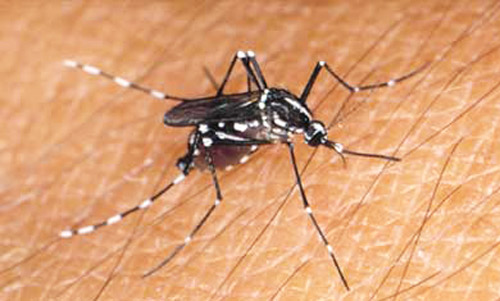