The nightmare of Sardinian farmers: the African Swine Fever

The African Swine Fever is a highly contagious disease of domestic swine and wild boar caused by a virus from the Asfaviridae family, genus Asfivirus. The main feature of this virus is the inability to stimulate the formation of neutralizing antibodies which constitutes a major obstacle to the preparation of vaccines. 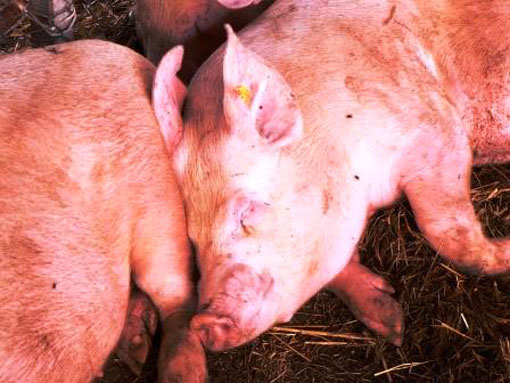 The infection can occur either by direct contact (with faeces, urine and infected carcasses), or indirect (contacts with animals, operators in the sector, tools and clothes that have come into contact with the virus). Infected animals may die within 3/10 days, presenting symptoms such as fever, vomiting, conjunctivitis, hemorrhagic diarrhea, cyanosis and skin bleeding with particular interest in the abdomen, thighs, snout and ears.

Pigs and wild boar, even overcoming the disease, never get rid of the virus, continuing to spread the disease behaving as carriers. The high number of companies present in the territory of the Sardinia Region and the absence of effective treatment make the fight against the African Swine Fever very difficult. Fortunately, this disease is not transmissible to humans.

To date, internationally known disease control measures are based on prevention and eradication. Detailed monitoring of the progress of the disease, epidemiological investigations and early diagnosis are performed, through the slaughter of all the animals, whether they are infected or suspected of infections and contamination, and through subsequent disinfections. In order to prevent the spread of the virus, the European Commission has prohibited the shipment outside the regional perimeter of meat and pork products obtained with Sardinian meats. 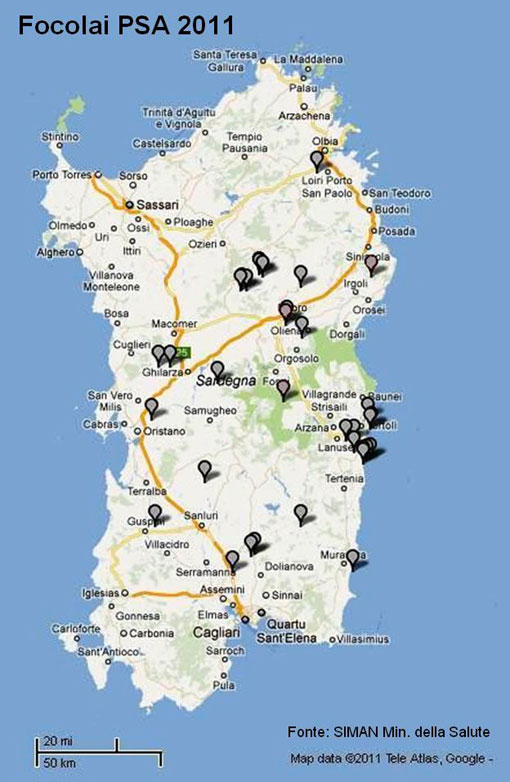 The huge economic damage to the zootechnical and agri-food sector caused by the African Swine Fever has led the Sardinia Region to prohibit wild grazing, as the presence of the latter is deeply linked to the circulation of the virus; consequently, before the complete eradication of the same, the development of pig farming in Sardinia could not exist. The virus could become extinct with the interruption of the circuit for at least 2/3 years, disappearing completely from the boar and the pig and leaving the regional territory free from the disease. Only then could wild grazing be allowed again which would allow an important sector of the agro-pastoral economy to start again, with all the development prospects linked to the elimination of the constraints that currently affect this sector.